50 years of the Centaur

Classic Sailor talked to David Selby about the Westerly Centaurs’ 50th anniversary bash at Bembridge, Isle of Wight, where more than 50 boats attended, from July 3 to 7.

And Dave goes on to make the case for many boats like this which offer an affordable way of getting afloat.

The Centaur impresses because it was produced in such numbers – 2,444 is the estimate although the event organiser Hilary Corney says the sail numbers go up to 2507. “I do know of a couple of Centaurs built by Westerly Staff –  one at least after the factory closed so 2444 is the number officially but possibly there were  several more,” he told us. The Centaur is supposedly the last design of the great yacht designer Jack Laurent Giles and while it differs greatly from some of his pretty earlier wooden yachts it is a very versatile family cruiser. Three interiors were offered in a gesture that belied the idea that this was purely about mass production, and one version offers six berths.

Many thousands of sailors have had a lot of fun sailing away from the hurly burly of landed life in one of these unpretentious yachts and as more and more get restored it looks as if many more will enjoy the same.

We shall add some more details about this event shortly. 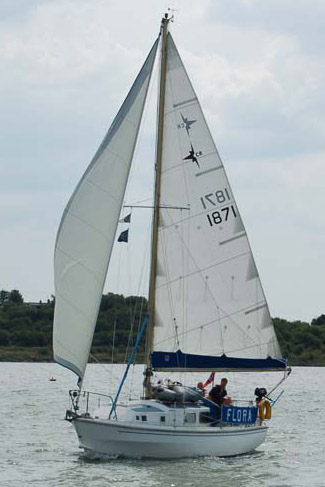 Huge amount of info for an owner, from an owner: www.westerly-centaur.co.uk

Paul Harris on his Centaur, inspirational film by My Classic Boat