The Merseyside Adventure Sailing Trust (MAST) was honoured with the Queen’s Award for Voluntary Services during its sixth Irish Sea Tall Ship regatta.

This is the UK’s top award for national voluntary services and it will be officially presented by the Lord Lieutenant of Merseyside, Mark Blundell, in August to MAST at a special ceremony.

MAST is also delighted to announce that its long-time supporter Dame Louise Ellman, will become its patron. Dame Louise is Liverpool Riverside MP and chair of the Parliamentary Selective Committee for Transport.

In a busy year, the Trust completed its sixth Apprentice Ship Cup Irish Sea tall ship regatta, in July, for 84 young people aged 16-30 years, as trainee crew members, on a two week round voyage from Liverpool to the Western Isles of Scotland via Whitehaven and Douglas, IoM, (split into two week-long legs), for the first time, aboard TSs Adventure Wales, Brian Boru, Pheonix and Tectona.

MAST enables young people, many from disadvantaged backgrounds, to develop key life skills, such as self-confidence, teamwork, leadership and communication, through the unique and challenging experience of crewing tall ships on the high seas, over the last 10 years. 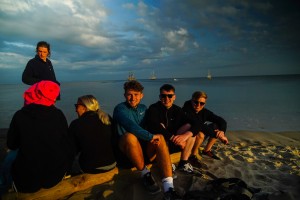 The Queen’s Award for Voluntary Service recognises outstanding work by volunteer groups to benefit their local communities. It was created in 2002 to celebrate the Her Majesty the Queen’s Golden Jubilee and winners are announced annually on 2 June, the anniversary of the Queen’s Coronation.

Jim Graves, founder and chair of MAST, which has trained 1,432 young people aboard tall ships, said: “I am deeply honoured to accept this magnificent award on behalf of MAST and everyone involved with the charity.

“To achieve such national recognition so soon for what MAST does is beyond my wildest dreams. This award is about recognising all the hard work of our volunteers, ambassadors, supporters and the success of our trainees.

“Without the dedication, commitment and time of these 60 or more individuals working for MAST over the last 10 years, contributing tmany diverse skills to create our unique opportunities for local youngsters, there would simply be no MAST, never mind this fantastic accolade of receiving a Queen’s Award for Voluntary Service.”

Besides the Apprentice Ship Cup, MAST’s long-term aim is to make Liverpool the tall ship centre for the northern UK and to increase the number of young people aged 16-30 years taking part from both Britain and abroad.

A Queen’s Award for Voluntary Service spokesperson said that each year more voluntary groups apply for the award and there was now a very diverse range of subject areas. These include volunteers helping mental health sufferers overcome problems through sport, manning cafés and information centres in remote locations and mentoring children with a parent in prison.

Jim Graves said the key to MAST’s success was pitching these events to corporate sponsors and individuals as an experience to engender leadership, teamwork and personal development, with the tall ships as the means by which it happens.

He said: “Anybody aged 16-30 years can apply to take part, either through companies or as individuals. No sailing experience is needed as the tall ships’ professional crew and 10 MAST mentors will be in charge. We take youth safeguarding, health and safety issues very seriously.”

Planning for the Apprentice Ship Cup 2020 is now underway and information will be on website: www.mastapprenticeshipcup.co.uk

Further information from Jim Graves on email: mastjwg@yahoo.co.uk; or mob/text: 07801 680514. Cost per individual is approx. £700 per week (bursaries and fundraising advice available).