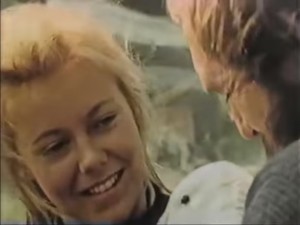 Based on a short story and then the novel by Paul Gallico, in 1941, this classic film is a gentle, if sentimental, love story of a reclusive crippled artist (Richard Harris) who rescues a Canadian snow goose with the help of a local girl (Jenny Agutter) against the 1930s backdrop of a coming war.

The film has strong ecological messages and is about the regenerative power of love over violence. The goose, shot in the first minutes of the film recovers through the tender care of girl and artist to the point where it chooses to stay as a “pet”. 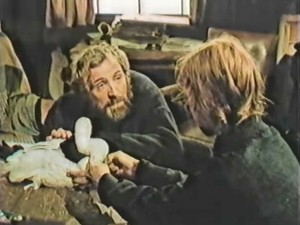 The wisdom of natural law, guardianship of that nature and the “utter contempt” of war are all imparted with scenes of sailing in this beautiful area.

The artist lives in an abandoned lighthouse on the Essex marshes and the film was shot around Osea Island and the Blackwater.

The girl comes of age and against her pleas to stay the artist takes his boat to Dunkirk to rescue soldiers from the beaches (along with the Snowgoose).

It’s unsurprising that the end is a sad one but it empowers the story (and film) all the more as Agutter shines at her stunning English girlish best and Harris portrays the artist’s alternate frustrations and joys with equal brilliant measure.

With music by Carl Davis and paintings by Peter Scott this is a film to return to – plus there are some great scenes with Thames Sailing Barges.

DVDs can be found on ebay and there are a couple of versions on Youtube which are low res if watched on a large screen, sound quality is fair. DMH