Arthur, Nancy… and me 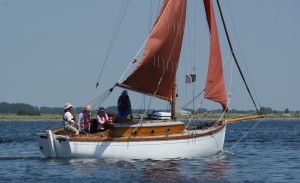 The boat that inspired Arthur Ransome.

Peter Willis talks to Dan Houston about his lifelong passion for the children’s author Arthur Ransome and his 1931 Hillyard cutter Nancy Blackett. Peter was recognised in the 2019 Royal Yachting Association Volunteer Awards with a Lifetime Commitment Award for his 22 years with the Nancy Blackett Trust, which runs the 28ft yacht. The awards were bestowed in London on November 22 2019 by HRH the Princess Royal, President of the RYA.

Peter from Woodbridge, on the River Deben in Suffolk received the Lifetime Commitment Award after being nominated by the Nancy Blackett Trust and selected as a winner by the RYA Honours and Awards Panel. He was presented with his Award at One Great George Street, London at a lunch presided over by HRH Princess Anne. The Volunteer Awards are widely considered the ‘MBEs’ of sailing, often honouring people who might otherwise be described as unsung heroes. They include sailors, windsurfers, power boaters and inland waterways users throughout the UK for their outstanding contributions across all the disciplines the RYA represents, including sailing, windsurfing, motor cruising, inland waterways and personal watercraft. See the story of the event: HERE

Since 1996 Peter has been the inspiration and driving force behind the Nancy Blackett Trust which he formed to buy the boat and to maintain her for future generations. Peter was also a major force behind the launch of Classic Sailor Magazine and was deputy editor of the 18 issues of the print version. He was also deputy editor at Classic Boat while Dan Houston edited the title. 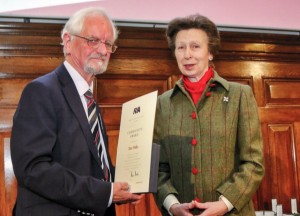 Nancy Blackett was owned by the author Arthur Ransome from 1934 to 1937. She was built by Hillyards in Littlehampton in 1931 and is 28ft 6in (8.7m) length overall with a bowsprit extending her foretriangle by several extra feet. Like several 1930s yachts she is cutter bermudan rigged and has roller reefing on her boom. Ransome had bought her for £525, and she is described as his favourite yacht, though he sold her after a couple of seasons to buy the larger Selina King, which would give his Russian wife and sailing partner Evgenia a larger gallery. Ransome kept the yacht on a mooring on the Orwell – which is where the NB Trust keeps her today. She is the inspiration for his 1937 novel We Didn’t Mean To Go To Sea and in 1987 Peter Willis organised a marathon reading of the book to be done at Ransome’s old club – the Pin Mill Sailing Club. 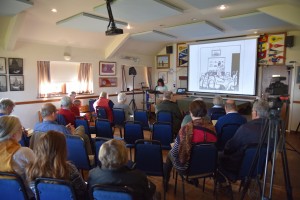